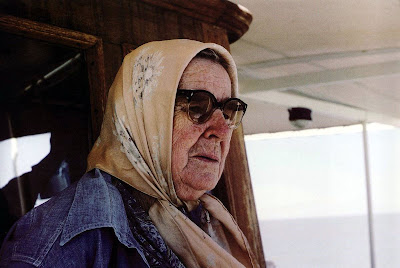 Violet Penelope Lucas-Calcraft was born in Gautby, Lincolnshire, England. Her father was Neville Lucas-Calcraft, a land agent. The 1900 census shows the family were living in Moat House, Gautby: the house was owned by Robert Charles de Gray Vyner, for whom Violet's father worked.
She met her husband Harold Dickson (1881 – 1959) in Marseilles, France, shortly after the end of World War I, where she was working in a bank. She travelled out to meet him in India, where he was stationed and where they were married. Shortly afterwards he was posted to Iraq.
Harold Dickson served as British Political Agent in Bahrain from 1919-1920.He also served in Persia (present-day Iran). In 1929 he was appointed British Political Agent to Kuwait, and served in this role until 1936. He briefly held this role again in 1941. Violet accompanied him on all these postings, and soon became fluent in Arabic. After his retirement from political service, Harold Dickson worked for the Kuwait Oil Company.
Violet Dickson was a keen botanist and published a book on the flora of Bahrain and Kuwait in 1955. She regularly sent wild flower collections to the botanic gardens at Kew Gardens in London, and the desert plant that she introduced to science, Horwoodia dicksoniae (known as khuzama in Arabic), was named in her honour.
She wrote her autobiography, Forty Years in Kuwait, at the urging of Ian Fleming, author of the James Bond series of books. He had travelled to Kuwait in 1960 to research and write a book for the Kuwait Oil Company, and Dame Violet was one of the people he interviewed. Fleming's book, titled State of Excitement, was never published as the Kuwait Oil Company 'did not care for its tone'Violet Dickson's book appeared 11 years after Fleming first suggested she should write it.
As the wife of a British government figure, Violet was expected to assist her husband in his duties, primarily at social functions and by accompanying him on some of his travels across the region. As a result, she came to know many of the rulers and dignitaries of the region, including King Abdul Aziz ibn Saud of Saudi Arabia, (who on one occasion presented her with an oryx, which became a pet), King Faisal of Iraq, four Kuwaiti rulers and many tribal sheikhs. She also dealt frequently with Western diplomats. This contact continued after the death of her husband, as her knowledge of Kuwait and the feuds and rivalries among the kingdom's 600-strong royal family made her an indispensable resource for British ambassadors and visiting diplomats. In 1976 Violet's 80th birthday party was a notable event for the British expatriate community in Kuwait.
Violet Dickson had a son Saud (who died in May 2005), and a daughter Zahra Freeth (née Dickson), who is also an author on Middle Eastern topics. Dame Violet was given the honorific title Umm Saud (Arabic: أم سعود meaning Mother of Saud), and was also known as Umm Kuwait - Mother of Kuwait. She was also given the honorific Hajjiyah, a term of respect meaning a female who has completed the Haj, the pilgrimage to Mecca. This is unusual, as non-Muslims are not allowed to perform the Haj.
Violet Dickson was made Member of the British Empire (MBE) in 1942, Commander of the British Empire (CBE) in 1964 and Dame Commander of the British Empire (DBE) in 1976. She was awarded the Lawrence of Arabia Memorial Medal awarded by the Royal Society for Asian Affairs, London (formerly the Royal Central Asian Society) in 1960, for her work among the Bedouin women of Arabia and her study of the flora and fauna of the desert.

The Dickson House Cultural Centre, Kuwait City
The British Political Agency in Kuwait was based in a house that had been built in 1870 for a Kuwaiti merchant. The Dicksons moved in to the house in 1929, and the building served as the British political agency until 1935. Harold Dickson continued to live there until his death in 1959, and Violet until the Iraqi invasion of Kuwait in 1990, when she was evacuated, unwillingly, to Britain. She intended to return to her home in Kuwait City, but died on 4 January 1991, some eight weeks before the liberation of Kuwait on 27 February. She was 94.
The house was ransacked during the invasion, but has since been restored by the Kuwaiti National Council for Culture, Arts and Letters, and is now a tourist attraction. It is one of few surviving examples of 19th-century Kuwaiti architecture, with thirty rooms on two floors.


here is a 36 years old magazine interview with the Aramco world magazine
november 1972
Posted by hummer15al at Saturday, March 29, 2008

Great information, where do you find all these treasures?

Hello I just entered before I have to leave to the airport, it's been very nice to meet you, if you want here is the site I told you about where I type some stuff and make good money (I work from home): here it is

Thanks a lot for this post. I would love to get my hands on one of her books.

I really admire your efforts.
I'll keep any eye on your blog.
Keep up the good work. :)

amazing post....and blog too...i really like people who care a lot about their history...keep it up !

Thanks for sharing your information. If anyone want to know about political related company, this will be the rightplace for you.
Political Consulting Company in India
Election management Company in India

Hi , thanks for sharing your information.The insights are really helpful and informative. If anyone want to know about POLITICS, this will be the rightplace for you.
Political Agency
Election management Company in India 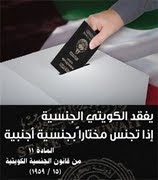